TheCartel Esports is a European team.

This table shows up to the 10 most recent results. For complete results, click here. 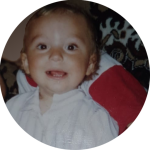